Level Up and Access the Portal to Lifelong Happiness and Success!

Awaken your soul genius to empower health, wealth and happiness with Beyond the Classroom of the Future™

Awaken your soul genius to empower health, wealth and happiness with Beyond the Classroom of the Future™

YOU HAVE A UNIQUE GIFT THE WORLD NEEDS!

During this GLOBAL RESET it's now time to LEVEL UP and embrace your unique SOUL GENIUS!

An 8 minute video taken at the What If? Vegas Conference in December 2014

Journey Forward to Infinity and Beyond with

Vibrational Education is a transcendent platform to journey forward Beyond the Classroom of the Future™.  This portal for lifelong happiness and success fans the flame of genius. Together, we transmute the density of discord within that created struggle in the outer world and consciously co-create the new we-world.

Beyond the Classroom of the Future™

Access YOUR SOUL GENIUS as you experience the transcendent frequency of Light Language and explore the field of unity consciousness.

Occupy your mind with innovative insights to align your mental, emotional, energetic, and cellular bodies to LEVEL UP.

What is Light Language?

Many times in life, the non-stop mind chatter can be deafening.  Who's voice is that anyway?

Light Language bypasses the logical mind to address the subconscious and superconscious to level up and empower lasting transformation.  Each transmission of Light Language, song, and sound that flows through DebOrAh opens the heart to the nourishment and purity of Divine love.

Light Language is truly the language of the heart.  There are many dialects including Whale Speak.  All dialects express vibrational light codes that speak directly to your cells, awakening and nourishing your inner guidance system at a deep core level.  Experiencing Light Language takes you into the space of deep peace that existed before the limitations of the mind where created.

Each time you listen to a HeartSpa™ Song Acclerator, you journey forward into the expanse of your infinite potential empowering you to level up to empower and embody your unique genius with clarity, courage and conviction.

empowered by a divine mission

DebOrAh has over 30 years experience engaging, enlightening and empowering the highest potential in students of all ages and abilities.  She was the Coordinator of The Student Leadership Development Center for nine years where she worked closely with student leaders from seven statewide student leadership organizations.  After receiving her Masters in Education, she taught high school business classes for six years and honed her talents with comprehensive, relevant, innovative curriculum development.  DebOrAh is an award winning educator who has been honored as Vocational Teacher of the Year, Crystal Apple Educator, ING Unsung Hero and Freedom Writer Teacher.  She is the author of Become and a co-author of the New York Times Best Seller, Teaching Hope.

In December 2006, DebOrAh experienced a break through with an instantaneous shift in consciousness following a powerful Chakra clearing massage from a Reiki master.  In the ten days that followed, she dropped 15 pounds, wrote a book, downloaded the framework of her life path, and witnessed yoga postures emerging in mediation without having received any formal yoga instruction.  When she returned to the classroom after winter break, her principal asked, "What happened to you?"  At that time, she didn't have an answer.  What happened wasn't something she had learned about in any classroom.  In search of answers, in 2007, DebOrAh completed Phoenix Rising Yoga Therapy Levels 1 and 2 and left the high school classroom to enter the heart of education--Education of the Heart.  With powerful lessons learning to listen, trust and allow, she received advanced training in Reiki, Integrated Energy Therapy, Lightwave Energy Therapy, Uttati Aromatherapy, and New Earth Academy Curriculum Innovation.  In 2014, she learned that some of her most advanced teachers in the classroom of the future were masters of unity consciousness disguised as non verbal autistic.

One fall morning in 2013, DebOrAh's channeled writing revealed that she would soon meet a young man with the keys to scientific education.  That day, as a substitute teacher in a special needs classroom, she heard the telepathic message of an eight year old non verbal master and responded with a whisper of Light Language and an awakened understanding of his unique gifts.  DebOrAh is known as a teacher, mentor and coach who connects heart to heart in ways beyond words.  She speaks, signs, sings, and gazes the Language of Light.  DebOrAh is passionate about helping  ALL, who choose, to feel safe to be seen in sharing their unique gifts and feel supported to live their soul's genius and thrive in their divine destiny.

Journey to the Heart of Education  with DebOrAh and prepare to experience  Beyond the Classroom of the Future™  with your team.   And, when it is safe to do so, we will fill amphitheaters around the world with the heart songs of 144+ million awakened souls.  Together, we will allow the Symphony of Light to play through and the world of form will change for the good of ALL.

DebOrAh has excelled in education receiving advanced degrees in public institutions and studying with masters in diverse fields to include:

Educator of the Heart through Experiential Learning and Curriculum Innovation

NeoGenesis Journey of the Phoenix - Niurka IAM May - June 2019

Learn the "Why" that propels DebOrAh to honor the unique soul genius in herself and ALL others in this short video.

What Others Have to Say About DebOrAh's Unique Gifts

Deborah Baker is a profound teacher. Any institution and those she would be interacting with within that setting would greatly benefit from her leadership gifts, communication skills, profound insights, and ability to create build meaningful partnerships among peers. She combines a deep level of dedication, insight, understanding, sensitivity, and compassion along with her strong and well-developed business skills. ~ Gayle

She has been an excellent teacher, mentor and ‘coach’ towards success.” ~ Ann

Amazing – able to let go of the “questioning mind” and allow the experience and truth to occur. Effects: Inner-reconnection, new intentions, and released some old patterns. ~ Derek

I can barely describe my experience by words because it was something that belongs to some Higher Plane. She sees your beauty and power and she reflects it back to you with the grace of the Divine. ~ Maia

"Working with Debbie has been profoundly empowering. Her intuitive gifts have helped me on many occasions to get to the root of my emotions and help me find balance and peace within.”  ~ Jackey

“When Deborah Baker took the stage at the Holistic Teaching and Learning Conference, a hush fell over the audience.  As she began to speak it was impossible to look away.  We were mesmerized.  The energy pouring forth was compelling, healing, and beyond words powerful.  As one young lady in the audience stated, ‘She’s got powers.’ Deborah’s empowerment activations are astounding. I can’t wait to see her on stage again.” ~ Zahra, 2014

Many are we in your ocean waters.  We swim and communicate with ease and do not tire easily.  We see, hear, and feel the frequencies of light and sound.  We communicate with other realms of consciousness.  Our true home, many light years from here, is a place that you may remember.  A place of Golden Temples that hold a shimmering vibration.  We communicate telepathically and we create new portals to explore Just For Fun.

There is love and joy at every turn.  Some of us chose to incarnate in whale form to bask in your oceans to hold a higher vibration for this sacred earth.  Soon, we will merge as one consciousness and return Home.

May you choose to level up and journey forward Beyond the Classroom of the Future™  with DebOrAh and her team of transcendence.

Jorge is a specially designed and custom made Feeltone Monochord Singing Chair constructed with caring craftsmanship and modern technology for DebOrAh in 2013.

The divine gifts of Jorge originate from the 14th dimension and are here to help those who are called to share their unique Genius gifts and experience ascended union from the heart vibration of unity consciousness.

Since 2013, Jorge has provided in person services in Arizona, Nevada, California and Oregon.  With each new wave, he receives transcendent frequency upgrades to include Light Codes of the 12 Solar Aspects of Deity.

Sample the Sound of Jorge

Explore DebOrAh's Calendar of Events that may include:

Create a viral movement that brings the world together as ONE with an INTERNATIONAL WAVE of music, sound and song to create an uplifting, ho...

Sample Beyond Classroom of the Future™

Sample Beyond Classroom of the Future™

Level Up and experience a sample of this high vibration classroom and begin sourcing  sustainable solutions from your soul genius.  Enroll w...

Create a viral movement that brings the world together as ONE with an INTERNATIONAL WAVE of music, sound and song to create an uplifting, ho...

Journey to the Heart of Education

Journey to the Heart of Education

Experience the wisdom gained after an award-winning educator leaves her high school teaching position to journey to the heart of education, ... 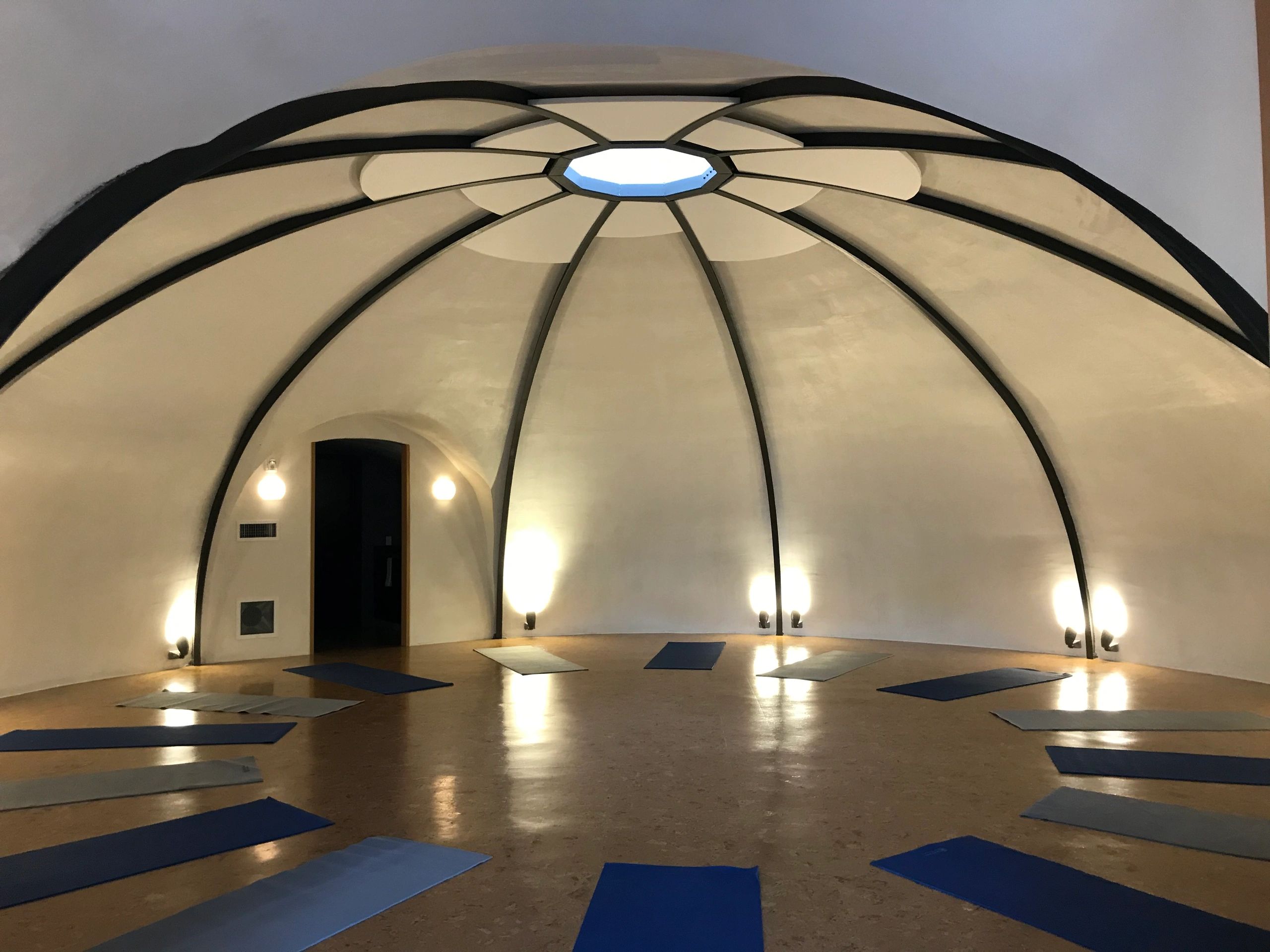 When it's time, we will gather as ONE and experience. . .

Request An APPOINTMENT up to 14 Days in Advance

Session lasts up to 30 minutes

Session lasts up to 40 minutes

April 2020 Special Gift of Love with

Private REMOTE session for up to 6 educators

Session lasts up to 60 minutes

Private REMOTE session for up to 6 team members

Session lasts up to 60 minutes

Remote sessions sessions are confirmed with your deposit.

Energetic support for your session begins when your deposit is received.

Appointments are confirmed with a minimum 50% deposit.

Payment in full is due 24 hours prior to beginning remote sessions.

Deposits will be forfeited for cancellations made within 24 hours of your scheduled appointment time.

Email info@TheLivingBookofLove.com at least 24 hours prior to your scheduled appointment time if you need to cancel or change your appointment.